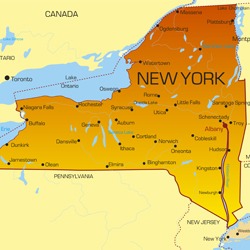 Following the City of Providence, the State of New York has filed the first of many promised lawsuits against lenders, accusing mortgage companies of redlining. Specifically, lenders are facing charges that they failed to lend in certain geographic areas that are racially or ethnically diverse. A current investigation the State of New York is now conducting targets lenders who were aggressively lending in these areas prior to 2008 with higher priced loans, and now tend to make very few loans in these same areas. Of course, it should be noted that lenders who made riskier loans prior to 2008 would probably have suffered greater losses and thus become much more conservative in terms of lending criteria. Such across-the-board changes would not necessarily be illegal but would nonetheless result in a dramatic shift in lending patterns. In the Evans Bank case, however, the state has pointed to the location of branches, distribution of marketing materials, and comparative application data of competitors as evidence of a conscious decision to avoid lending in certain areas.

If you have any questions please contact Ari Karen at: