By: Daniella Casseres and Russell Berger 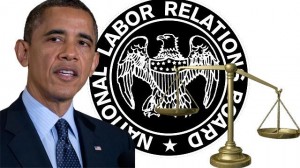 On June 26, 2014, the U.S. Supreme Court determined that President Obama made three unconstitutional recess appointments to the National Labor Relations Board (“NLRB”) in Noel Canning v. NLRB, 517 U.S. ___ (2014), a decision with far reaching implications for mortgage company employers.  The NLRB is a five member board that can only issue decisions through a three member quorum.  The President appointed three of the five members of the NLRB on January 4, 2012, during a three day intra-session Senate recess, by exercising the Recess Appointments Clause, which allows the President to fill vacancies absent the Senate’s confirmation, while the Senate is in recess.  Last week, the Supreme Court held that three days is too short to bring a recess within the scope of the Recess Appointment Clause, rendering the President’s NLRB appointments unconstitutional.  Since three of the NLRB’s five members were invalidly appointed, the NLRB issued decisions without a three member quorum for approximately 18 months.  As a result, the Supreme Court’s decision invalidates hundreds of NLRB decisions issued during the period these three improperly appointed members served on the NLRB, including the NLRB’s rulings in D.R. Horton, Inc. (357 N.L.R.B. No. 184) , which held that an employer cannot limit employee class actions by requiring arbitration clauses in employment agreements, and the NLRB’s decision against Costco Wholesale Corporation (358 N.L.R.B. No. 106), which restricted employers from prohibiting electronic posting that could damage their Company’s reputation. Both arbitration clauses and policies restricting employees’ use of social media are important tools commonly used by mortgage companies to protect them from liability in their day to day business operations.  Mortgage company loan originator agreements frequently contain clauses whereby an employee may agree to arbitration, and waive their right to a class action.  Similarly, mortgage companies frequently limit their employees’ ability to post defamatory company information on social media to reduce their liability for employees’ unauthorized social media posts implicating the mortgage company and potential regulatory violations.  At a minimum, the Supreme Court’s decision in NLRB v. Noel Canning requires that the NLRB re-decision its rulings against arbitration clauses and restrictive social media policies.  In the meantime, the NLRB’s decisions with respect to arbitration clauses and social media clauses that restrict defamatory company statements are no longer in effect and administrative law judges and courts may decide cases involving these issues without any deference to the NLRB.  As a result, these issues are still currently open for interpretation.  In addition, courts considering pending litigation on these issues are not bound by the NLRB’s precedents.  Courts’ consideration of heavily contested NLRB decisions may result in different outcomes now that courts may not give deference to the agency’s decisions on these issues. It is uncertain whether the NLRB will re-decision its rulings similarly.  Given the democratic majority of today’s NLRB members, a re-decision before today’s NLRB would likely result in the same or a similar decision.  Nevertheless, the NLRB decided 436 cases between January 2012 and mid 2013 with an invalid quorum.  Should the NLRB’s review of these cases exceed this President’s term, changes to the makeup of the NLRB could result in different applications of the law than those interpretations espoused in past decisions. If you have any questions or would like further information regarding The Supreme Court NLRB decision and it’s impact on mortgage companies please contact Daniella Casseres| 703.745.1811 or Russell B. Berger | 410.209.6449 : 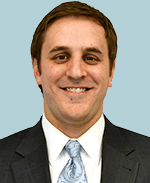