Scenario:  You are owed substantial money by a bankrupt company.  You then receive a letter or lawsuit demanding the return of money paid by the bankrupt company to your company.  This is known as a preference demand or preferential avoidance action. As I wrote in my May 26th blog, the preference demand should not be viewed as a situation that you must surrender to – there are many defenses that can be used to defeat a preference claim. The most popular defense is the ordinary course of business defense.  But one defense that is often ignored, and that can substantially reduce the amount to be returned, is called the new value defense, which basically allows a creditor to deduct from any amounts that were paid to the creditor the value of services or goods provided to the customer after the date of the payment. The theory is that, if a creditor gives value equivalent to the payment that the bankrupt company made to the creditor, then the bankrupt company’s net assets were not depleted and the payment should not have to be returned.  Over the years, I have used the new value defense in hundreds of cases to reduce the amounts my clients were potentially required to return.  Here is how the new value defense works: Suppose on May 1, 2014, your company received a payment in the amount of $10,000.00 from ABC Company.  Then on June 1, 2014, your company shipped goods to ABC Company with an invoice amount equal to $10,000.00.  On July 1, 2014, ABC Company files bankruptcy and sometime after that, your company receives a demand for the return of the $10,000.00 paid on May 1st.  The new value defense allows you to deduct the $10,000.00 shipment on June 1st from the $10,000.00 payment on May 1st, thereby wiping out the preference payment. Note that the new value can either be goods sold or services provided.  Suppose that your company provided new value but did not send an invoice for it before the debtor filed bankruptcy.  The company would still be entitled to offset the pre-bankruptcy payment by the value of the services or goods provided before the bankruptcy. Only new value provided after a payment can be used to offset that payment.  New value provided prior to the payment cannot be used as an offset. Does new value have to be unpaid or can it still be used as new value if paid?  In the above example, if the $10,000.00 shipment on June 1st was not paid, it can clearly be used to offset the prior $10,000.00 payment.  What if the June 1st shipment was subsequently paid?  The answer is that it may still be able to be used as new value to offset a prior payment, depending upon the answers to other technical legal questions. So, if you receive a demand for repayment of a preference, don’t forget the new value defense – it could save you from having to return part or even all of the money paid to your company. If you have any questions regarding a preference demand or preferential avoidance action please contact Glenn D. Solomon Esq. at:  gsolomon@offitkurman.com  | 443.738.1522 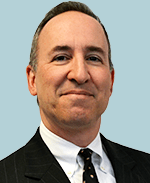 Glenn D. Solomon Esq., is a principal at the law firm of Offit Kurman and has represented clients in preference actions all across the United States. Mr. Solomon has provided counsel to businesses and business owners for more than twenty-five years, with extensive experience in the purchase and sale of businesses, structuring ownership agreements, advising companies in financial distress and bankruptcy preference avoidance actions.