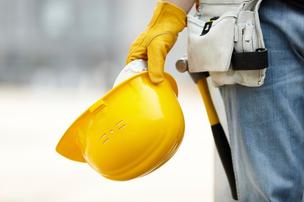 For those who are not paid for their work on a construction project, a payment bond represents a welcomed pot of gold at the end of the rainbow.  However, extracting money from a surety, the issuer of the payment bond, is never simple.  Sureties typically do not simply issue checks whenever a claim is made. To the contrary, most sureties take every action possible to avoid or delay paying claims.  If you are preparing to file a claim it is important to recognize some of the common reasons or “defenses” sureties may employ to hinder or defeat your efforts. The first category of defenses includes those held by surety itself.  These defenses often arise out of the payment bond itself or from relevant bond statutes, such as The Miller Act or a state Little Miller Act.  For example, most payment bonds contain strict timing requirements as to when a notice letter must be sent. Bonds may also specify the exact method for delivering notices, such as personal delivery, certified mail, etc. Bonds also typically include the addresses where notice should be sent, and often identify which parties must receive notice. Bond requirements vary, depending on the type of bond and the type of project (i.e. state, federal or private). State and federal laws may also impose additional deadlines and requirements.  Failure to strictly follow the technical requirements will oftentimes provide the surety with a defense to payment, leaving you with no effective way to collect your money from the very funds set aside for your benefit. In addition to the above technical defenses, a surety also has the right to assert certain defenses available to the party who purchased the Bond (known as the “principal”), and in this regard “steps into the shoes” of the principal.  For example, the surety may assert that you are not entitled to payment because you have already been paid in full by the principal. The surety may claim that your work was defective or that you did not complete the work for which you seek payment. Before paying a claim, a surety will contact the principal to learn more about why payment was not made, in order to learn of any potential defenses. Therefore, if the principal has a defense, it is likely the surety will know of it. However, while a surety is entitled to assert many defenses held by the principal, not all of a principal’s defenses are available to a surety.  For example, some courts hold that a “pay-if-paid” clause in the prime contract cannot be asserted by a surety to avoid making payment under a bond.  Therefore, while you may not be entitled to immediate payment from your general contractor due to non-payment from the owner, you may still be able to obtain payment from the surety.  The above scenario is not necessarily a general rule.  Each situation depends on the bond itself, including whether it specifically references and incorporates the pay-if-paid defense, and other factors. Bond claimants must use extreme caution when filing bond claims and sending notices because the landscape is treacherous.  Making matters worse is that a bond claimant often will not learn of any deficiencies until it is too late to correct them.  The denial of an otherwise valid bond claim is a difficult pill to swallow, considering that the money has been specifically set aside for the claimant’s benefit.  For this reason, contractors are urged not to take bond claims lightly. The complexity of bond claims is often underestimated and they are easy to forfeit.  If you have any questions regarding the content of this article, or any other construction law matter, please contact Brian Loffredo at:

bloffredo@offitkurman.com | 301.575.0345 Brian is a commercial litigator with more than thirteen years of experience representing clients in the franchise industry. Brian routinely assists clients during the licensing and franchise/FDD review process, as well as with the resolution of franchise-related disputes, including those involving terminations, territorial disputes, fraud, disclosure/relationship law violations and breaches of contract. In addition, Brian represents and counsels clients in the construction industry on matters involving litigation, construction defects, licensing and compliance, collections, mechanic’s liens, payment bond and Miller Act claims, contract drafting, and compliance with home improvement laws and other construction industry laws. You can also connect with Offit Kurman via Facebook, Twitter, Google+, YouTube, and LinkedIn.