Offit Kurman attorney Neil A. Morris, Chair of Philadelphia Labor and Employment Practice, was requested by the media for comment on an important labor matter. Firefighters belonging to the Emmaus Fire Department located in the Lehigh Valley, Pennsylvania are now considered to be employees rather than simply volunteers. This gives them the right to vote for unionization. The issue has been debated for years after a decision was made by the borough to combat a loss of qualified volunteers by paying the firefighters a stipend. An election has been scheduled by the state Labor Relations Board to determine if the 12,000 firefighters will become unionized. Out of the 35 members of the department, half of them must vote in support of the union to have it pass. The financial impact of having a unionized fire department is still unclear. Within the borough, $2.2 million of their $8.8 million operating budget went to the police department, which is unionized. The main question here is if the firefighters are indeed employees, or just volunteers. Because the volunteers receive a salary of now $15.22 an hour as of 2013, they are automatically employees of the borough. Firefighters answer to the commands of their fire chief while the chief then answers the borough and manager. The borough ultimately has final say as to what happens with the firefighters. Neil A. Morris, describes the relationship between borough and fire department as different than most. According to Morris, “a fire department within a small town usually operates away from the borough, while the situation in Emmaus seems more involved.” If you have questions about labor and employment laws, contact Neil Morris at 267.338.1383 or email him at nmorris@offitkurman.com 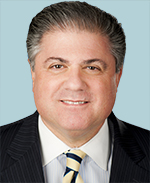 Morris has studied law for over more than 25 years and specializes in labor and employment law. Morris handles cases across the country, including the states of Pennsylvania and Maryland. Morris has been successful when facing the Mississippi Supreme Court and achieved one of the highest defamation jury awards ever in Pennsylvania in 1999. You can also connect with Offit Kurman via Facebook, Twitter, Google+, YouTube, and LinkedIn.