The Fairfax Bar Association (FBA) is a voluntary professional organization with a simple mission:  improve the legal profession, the community in which they live and the administration of justice in society.  With more than 2,000 attorneys practicing in Virginia, the District of Columbia, and Maryland, the FBA is well positioned to accomplish that goal.

Offit Kurman is pleased to announce that one of our attorneys, Thomas W. Repczynski, is up for re-election as a member of the FBA Board of Directors.  Mr. Repczynski is an estates and trusts litigator, real estate litigation lawyer, creditor’s rights attorney, and principal with Offit Kurman’s Bankruptcy and Restructuring Practice Group.  He focuses his practice in general commercial and civil litigation with an emphasis on fiduciary disputes, creditors’ rights enforcement, and real estate related litigation matters of all types.

Currently serving as FBA Secretary and as Chair of the Board’s newly-created Reserves Task Force, Mr. Repczynski is a longstanding member of both the Investment and Budget Committees; previously chaired the Law Library Committee (2007-2010) with oversight responsibility for the Fairfax Public Law Library; and served as the FBA’s General Counsel (2012-13).

“The FBA has a continuing obligation to its members to ensure strong legal education programs as well as opportunities to develop collegiality and cross-practice diversity,” explains Mr. Repczynski. “Through its members, the FBA must continue to provide legal expertise and resources to those for whom legal counsel might not otherwise be affordable and/or accessible.  Through its leadership, the FBA should strive to deliver a fair and impartial evaluation process for both sitting and prospective members of the judiciary.”

The FBA Board of Directors election will take place online, beginning on Tuesday, June 10, 2014 at Noon and will end on Friday, June 13, 2014 at 4P.M. Only Regular and Honorary Members of the FBA are eligible to vote. 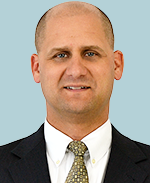 If you have any questions, please contact Thomas W. Repczynski in Offit Kurman’s Tysons Corner office at:

Mr. Repczynski is a member of the Leadership Fairfax Class of 2010, and is a past recipient of the Fairfax Bar Association’s President’s Award.  Additionally, he has served as president of the Northern Virginia Bankruptcy Bar Association (NVBBA) and is a former member of both the Bar Liaison Committee to the Alexandria Division of the United States Bankruptcy Court for the Eastern District of Virginia and the Local Bankruptcy Rules Committee for the EDVA.   Mr. Repczynski serves on the Board at this time along with fellow Offit Kurman litigator, Douglas R. Kay, the FBA’s current Vice President.