For businesses, especially small businesses, former employees can pose a financial threat. If you’ve invested time and money into a team member, you would probably rather not allow that person to walk away with trade secrets, or steal profitable customers by starting a competing business nearby. To protect their assets, more and more businesses are choosing to use protective agreements, including restrictive covenants and non-disclosure agreements.

Non-disclosure agreements (NDAs), also known as confidentiality, proprietary information, or secrecy agreements, limit which company information an employee is allowed to share, both while employed and after employment terminates. Traditionally the providence of high-ranking managers and executives, NDAs are now increasingly common among all personnel levels, as employees have greater access to sensitive information. When properly drafted, NDAs are a powerful tool to keep this information in-house—so long as the information has been properly protected by the company seeking to ensure its provisions. Do not rely on a catch-all NDA. Every situation is different, and calls for careful consideration into what information an NDA covers, and for the duration of its terms (either for a defined period of time or for the indefinite future. Most employees will likely be subject to unilateral (one-sided) agreements, since they will not be handing over information of their own. In relationships with contractors, service providers, or other collaborative entities, the parties may enter a bilateral (mutual) agreement to secure the information loop both ways. It is important to outline the nature of the information. Define the scope, format, and subject matter. Does it pertain, for example, to a patent or a process? Is it stored electronically or as hardcopy? Is there related information that can be disclosed?

Non-compete agreements are intended to safeguard your business against competition created by former employees. While an NDA restricts the disclosure and use of sensitive information, a non-compete agreement is a more restrictive prohibition on post-employment activities. These agreements come into legal play when an ex-employee challenges his/her non-compete terms by competing in a business that is similar to his/her former employer’s, soliciting his/her former employer’s clients, soliciting former employees, or all of the above. Most state courts examine non-compete agreements from a multifaceted perspective, and will not always automatically honor an agreement. If the covenant is too broad or overreaching in either its geographical or temporal limits, a court may likely refuse to enforce it. To ensure its viability, non-compete provisions should be as specific as possible, both in terms of location and timespan. The goal is for the agreement to appear reasonable to a third party. You should restrict your employee’s capacity to do business only insofar as it translates to direct competition. Courts are naturally disinclined to prevent workers from making a living, so if a non-compete agreement unreasonably hinders an ex-employee’s ability to find work, a court may be reluctant to enforce its terms. What is considered reasonable will vary by industry and circumstances. A court will generally respect a limited duration—one or two years—as well as clearly delineated geographic boundary. If these terms are vague, or overbroad, the court may, in certain states, “blue pencil” (i.e. reform) the covenant. Otherwise, the court may determine it cannot step into the minds of the parties who entered the contract, and simply void the agreement in total Non-compete agreements are not “one size fits all.” It may be in your business’ best interest to draft distinct agreements for individuals, or based on job title. An IT officer, for example, might be subject to fewer non-compete restrictions than a top-level executive, since in all likelihood the latter knows a greater deal of proprietary information and has a greater chance of recruiting from the business’ employee pool. The same individualized analysis also applies to enforcement. You should be selective about whom you go after. It can be costly to mount a legal battle with a former employee who has violated his/her non-compete agreement. The price may not be worth it if the competitor poses a minor material risk to the business. Some companies, on the other hand, will pursue any and all ex-employees for breaches of contract as a punitive, precautionary deterrent. In these cases, even if a lawsuit is not successful, the defendant will be out a significant amount in legal fees, and the business will have sent a clear message to its current employees about the consequences of breaking their contracts. Businesses in certain industries, such as software development and pharmaceuticals, where proprietary information is highly-valued, should be particularly meticulous when it comes to drafting NDAs and non-compete agreements. Thorough agreements are not limited to any one industry, however. Your strategy for creating these agreements hinges on your own business circumstances, and should not be taken lightly. A legal advisor, like the ones at Offit Kurman Attorneys at Law, can help you draft legally sound NDAs and non-compete agreements that will protect your business’s assets. If you have any questions or would like further information regarding using non-compete and non-disclosure agreements to protect your business’s assets please contact Howard Kurman Esq. at: 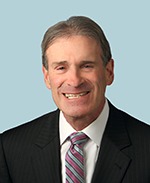 hkurman@offitkurman.com | 410.209.6417 Howard K. Kurman Esq. is Chair of the firm’s Labor & Employment Department. Mr. Kurman regularly counsels clients on all aspects of proactive employment/labor issues. He represents employers ranging in size from as small as 20 employees to employers with geographically disparate locations consisting of over 4,000 employees. Mr. Kurman assures, through regular contact with his clients, that they promulgate and maintain the most effective employment policies that will, to the extent possible, minimize their legal exposure in today’s litigious workplace. You can also connect with Offit Kurman via Facebook, Twitter, Google+, YouTube, and LinkedIn.