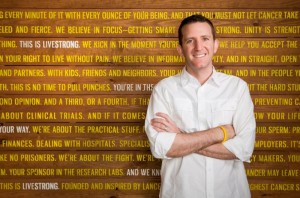 Doug Ulman, CEO of the Livestrong Foundation tackles the organization’s considerable challenges with the same tactic he employed to defeat his own three cancer diagnoses: Double down and go forward with more vigor and resolve than ever. And, he does it with a unique brand of leadership grit and grace. Double down is a term you’ll hear often from Doug. He is one of the world’s leading advocates for cancer survivors. He’s not only one of the world’s top nonprofit executives, he’s been called the most savvy healthcare leader in social media, with more than 1.1 million Twitter followers. At age 19, Doug was diagnosed with a rare bone cancer, and within one year he was diagnosed twice with malignant melanoma. Unable to find information or support that addressed the needs of young adults dealing with cancer, Doug, his brother Ken, and his parents – who all hail from Howard County, Maryland — founded The Ulman Cancer Fund for Young Adults (“UCF”) in 1995. Read the entire interview by clicking here.

Offit Kurman and the Ulman Cancer Fund for Young Adults