A Philadelphia Orphans Court Judge has agreed with attorneys from Offit Kurman’s Orphans Court litigation group that a creditor of a beneficiary of a will does not have standing to seek the removal of the executor of the estate.

In Estate of Francis E. Martin, O.C. No. 735 DE of 2013 (Phila., March 26, 2014), a creditor of the sole beneficiary of the decedent’s estate sought the removal of the executor of the estate, who also happened to be the beneficiary who owed the petitioning creditor money. The creditor alleged that the executor was mismanaging the estate so as to hinder the efforts of the creditor to collect the debt. After an evidentiary hearing and post-hearing briefing, the court ruled that the creditor did not have legal standing to seek the relief requested.

The court noted at the outset that there had been no precedent cited that addressed the precise issue, and therefore relied on traditional notions of standing, and the fact that there was a spendthrift clause in the subject will that precluded attachment of assets of the estate. The Court found that under the Pennsylvania Estate and Fiduciary Code, only a “party in interest” had standing to remove a fiduciary.  The Code defines a “party in interest” as an unpaid claimant of the estate or a beneficiary, heir or next of kin with an interest in the estate. Because there is a well-established principle in estate law generally that an executor chosen by a testator to administer his estate is a drastic action, courts should only do so when the estate is actually endangered. The Court in Martin found that difficulty in collecting a debt owed by a beneficiary did not equate to danger to the estate.

In finding that a debt collection goal of a creditor of a beneficiary did not arise to danger to the estate, the Court found support in the language of the will itself that stated: “Until distributed, no gift or beneficial interest shall be subject to anticipation or to voluntary or involuntary alienation.” These “spendthrift clauses” are valid mechanisms to protect an estate from creditors of beneficiaries. The court cited to ample precedent for the proposition that a testator is entitled to protect his heirs from an inability to manage their own affairs. Creditors often seek to attach beneficial interests in trusts and estates. Practitioners should be aware that before they can do so, creditors must await distribution of the beneficial interest and may not seek pre-distribution relief from the estate itself. 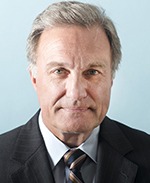 Don Foster serves as the Chair of Offit Kurman’s Business Litigation Practice Group. He is a seasoned commercial litigator with a proven track record in the courtroom, which includes trying cases to verdict in federal and state courts throughout the country. He is regularly asked to prosecute or defend to verdict cases involving significant financial risk to the client. His trial and alternative dispute resolution experience is varied and includes a large variety of different matters involving title insurance, agent defalcations, intellectual property, health care, franchising, corporate governance issues, and law firm partnership disputes.