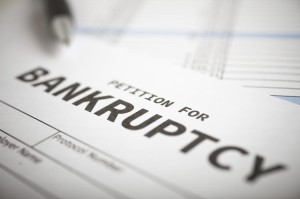 What happens when an employee files for bankruptcy? Can employers terminate the employee’s job? Can future employers refuse employment?

These questions were recently posed to an Offit Kurman attorney who also handles a wide variety of labor and employment issues. “Although Government employers are prohibited from refusing to hire based on bankruptcy filing, there is more flexibility– and danger– for private employers” explained Offit Kurman. In 2010, the Third Circuit Court of Appeals held that private employers could refuse to hire applicants who filed for bankruptcy but were prohibited from discriminating or terminating current employees seeking bankruptcy protection. This decision was contrary to several others across the nation which held that private employers were prohibited from refusing employment.  Despite the discrepancy among the courts, the Supreme Court has not yet made a decision on this matter. According to a little-known anti-discrimination provision of the Bankruptcy Code(11 U.S.C. §525(b)): No private employer may terminate the employment of, or discriminate with respect to employment against, an individual who is or has been a debtor under this title, a debtor or bankrupt under the Bankruptcy Act, or an individual associated with [i.e. a spouse or parent of] such debtor or bankrupt, solely because such debtor or bankrupt—

Here in Maryland, “no published cases have been decided by the federal circuit controlling Maryland,” explained Offit Kurman, “but making policies based on a simple bankruptcy filing may be as dangerous as doing them based on requiring applicants and employees maintain certain credit scores,” says Offit Kurman . As with all HR policies, employers need to be consistent in their application of their standards and need to be able to demonstrate that the requirements where set for specific employment related reasons.  Attacks of such policies typically argue that they significantly disadvantage individuals of a particular race, national origin, or another protected characteristic, and do not accurately predict who will be a responsible, reliable, or safe employee. In the legal world, the policy or practice may be deemed illegal because it has a “disparate impact” and is not “job-related and consistent with business necessity.” For businesses in the financial sector, such as banks and credit unions, it is easier to make an argument that creditworthiness is a business necessity but setting the threshold standard and then applying it consistently and regularly becomes a more difficult task.  There is also new federal and state legislation always being introduced to eliminate the practice of making hiring decisions based on credit checks of any fashion (usually with an exception for security clearances). Employers also need to keep in mind that since this information is usually disclosed through a background check, they must make sure FCRA responsibilities are met with appropriate notices and disclosure to the applicant or employee. “The lesson — never limit the reasons for hiring an individual solely to a bankruptcy filing or an evaluation of their credit; win or lose, you don’t want the hassle of the litigation,” says Offit Kurman.  When in doubt, consult with your attorney before making any employment decision based on bankruptcy and creditworthiness. In today’s workplace, there’s a distinct advantage to having a legal partner with the knowledge and experience to provide sound guidance in labor and employment issues. And who better to have in your corner than Offit Kurman? Aside from our team of experienced labor and employment attorneys, we also have Credit Union HR Professionals, who specialize in such cases. If you have any questions about Employee Bankruptcy, please contact us.