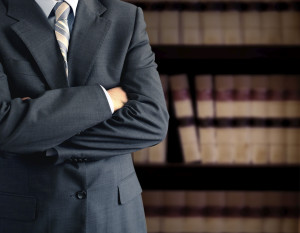 Offit Kurman mergers and acquisitions attorney, based out of Bethesda, Maryland, was once again quoted in the Maryland Daily Record in regards to the Jos. A. Bank acquisition, this time in the article, “Men’s Wearhouse to buy Jos. A. Bank.” Men’s Wearhouse made Jos. A. Bank an offer they could not refuse. A $1.8 billion offer to be exact – that’s $65 per share. Both boards of directors agreed unanimously on the deal. Men’s Wearhouse initially offered $55 per share, as well as two higher offers in January and February. But $65 proved to be the magic number. “It became a poker game … of how long and for how much,” saidOffit Kurman attorney, a mergers and acquisitions attorney in the Bethesda office of Offit Kurman. “And slowly but surely the walls began to close in on Bank’s management.” The two lawsuits against Jos. A. Bank put additional pressure on the menswear company, as well. Eminence Capital LLC, an investor in both retail companies, sued Bank’s board, alleging the board members were looking out for their own well-being instead of that of the shareholders, while Men’s Wearhouse sued Bank for breach of fiduciary duty. “The lawsuits put pressure,” added Offit Kurman attorney “That sort of put a timeline on Bank that you’re either going to acquire Eddie Bauer, or you’re going to do a deal with Men’s Wearhouse, but you can’t keep kicking the ball down and trying to buy time.” On Tuesday, March 11, 2014, Jos. A. Bank ended the five-month takeover battle, finally accepting Men’s Wearhouse’s $1.8 billion offer. Now the only question is how the Jos. A. Bank acquisition will affect the Maryland area. The menswear company currently employs nearly 800 people in Carroll County, where its headquarters is based. Wearhouse said that they would employee around 23,000 people following the merger. Currently, the two retailers combined have about 800 more than that.
If you have any questions about the Jos. A. Bank acquisition, please contact Bethesda mergers and acquisitions attorney.