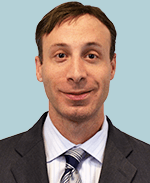 Question:  My uncle is in the hospital and is very infirm.  Doctors are saying that he doesn’t have long to live. Who has rights to enter his home while he is still alive?  Incidentally, my uncle does not have a Will, but he did give me his key and alarm code to his house.  He has a daughter and several step children who are claiming certain items of my uncle’s as their own.  Do any of them have the right to enter his home while he is in the hospital? Answer:  Your uncle has entrusted his key to his home to you, along with the alarm code to his house.    If your uncle has a durable power of attorney, you should give the key and the alarm code to the agent who is named under your uncle’s power of attorney that he entrusted to you.  This person or “agent” is the person that your uncle wanted to take care of his financial affairs, presumably for this type of situation.  If there is no power of attorney, the answer is not as clear.  You should do what you can to protect and preserve your uncle’s property until he returns home or he dies and an executor of his estate is appointed to take control of his estate.   Another possibility is that a guardian of the property could be appointed by order of court to take control of your uncle’s financial affairs. While your uncle is in the hospital, no one who is unauthorized should enter his house and certainly no one should be taking any of your uncle’s property out of the house. At your uncle’s death, the agent under his power of attorney, if any, no longer has authority to act for your uncle.  An executor of his estate will be appointed and this person will be charged with carrying out your uncle’s wises with respect to his property. If there is no Will, the Maryland intestacy statute will control (whether or not this is what your uncle wants to happen). Comment:  If possible, you should also monitor the property and report anyone who trespasses and removes anything from the premises.   Perhaps you should consult an attorney to figure out what your responsibilities are in this conflicting situation As always, if you have any questions or would like to learn more, please let me know. Steven E. Shane, Principal  Offit Kurman Attorneys At Law 301.575.0313  Washington/Baltimore 410.218.9339  Mobile 301.575.0335  Facsimile Steven E. Shane