To listen to the Telebrief click on play arrow. By Howard K. Kurman, Esquire 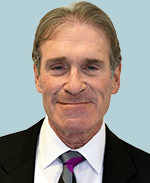 The National Labor Relations Board is up to its tricks again. For those of you  who are still non-union companies, this would be relevant to you. For those of you who are heavily unionized, it is probably not of that much concern but I will mention it anyway. On February 4th , just a little more than a week ago, the National Labor Relations Board announced that it was issuing proposed amendments to its rules and regulations governing representation case procedures or election procedures Background

NLRB Announcement of Intent re: “Quickie Election Rules” The NLRB is nothing but persistent and has indicated that it intends to reconstitute these quickie election rules and so has essentially said that they are going to implement these unless they receive a flood of negative comments on the proposed rule making by April 7th. What their intent is, is to publish this in the federal register, elicit comments from both union and management supports and then decide whether or not to implement these rules.  Interestingly, again out of the five members of the board, three of the Democratic members,  Pearce,Hirozawa and Schiffer, may have approved the rule; the two Republican members, Miscimarra  and Johnson, have dissented. The “Quickie Election Rules”: What they dictate For those of you who are not sure what these rules really pertain to or dictate, I will tell you very quickly:

I really think that even if the NLRB promulgates this particular rule, it will be the subject of litigation. The National Association of Manufacturers or the Chambers of Commerce will contest this just like the last one.  Unfortunately, it will not be dismissed on the procedural grounds  that the board’s not having a proper quorum.  If the employer groups are to prevail, they will have to prevail on the basis that these rules go way beyond the ordinary rule making power of the board and essentially negate or drastically cut into the congressional scheme that was laid out in establishing the rules for representation petitions and representation elections. So stay tuned on this. Significance and Action Item Again, this was just put out by the NLRB last week and certainly if enacted down the road it would have a dramatic impact on non-union companies and would I think militate greatly in favor of doing some heavy anti-union training among your supervisors and managers well  before the time that these regulations are even enacted. 2. Student athletes at Northwestern University filed petition under the NLRA to declare themselves a union   Another interesting development under the National Labor Relations Act was athletes particularly Those who play football for Northwestern University or with a Big Ten private university, filed a representation petition with the National Labor Relations Board seeking to declare themselves a union and to obtain collective bargaining rights with the university.  It was filed with the Chicago region of the National Labor Relations Board. This is a stretch because in order to have an appropriate petition that would be handled by the National Labor Relations Board, there would have to be a declaration that these athletes are employees under the National Labor Relations Act. I do not believe that they are employees. I believe they are student athletes at least as far as you can classify any of big time college athletes as student athletes, but I certainly do not think that they are employees, and if they are not employees ,then they have no right to unionize just as though many other people do not have the right to unionize including those people who are considered to be disabled under the law.  So stay tuned on that. It is an interesting development, the first petition filed by students at a university seeking to declare themselves as employees under the National Labor Relations Act. 3. EEOC announced that it has filed a lawsuit against CVS  A more practical issue arose just this week, February 11th, in which the EEOC announced that it has filed a lawsuit against CVS.  CVS as you know is a huge national pharmacy chain like Walgreens.  In the complaint filed by the Equal Employment Opportunity Commission, it is claimed that the CVS standard severance agreement that it provided to three employees:

This is another situation comparable to the National Labor Relations Board’s paying attention to handbooks and to opening up inquiries that it traditionally has not engaged in.  Here, you have the EEOC filing suit against a large pharmacy chain on the basis that its standard severance agreement, and problematic clauses that it deems in this agreement, are violative of the law.  Some of these clauses that I am going to talk about in a minute are clauses that you all would typically find in the normal severance agreements that you have or that your attorneys give to you in order to negotiate severance deals with employees who are going to be terminated for one reason or another. In the lawsuit, the EEOC said that the following provisions were problematic:

It does not seem to me to be very controversial to demand that an employee notify the appropriate people if they are in receipt of an administrative charge or complaint which then could have legal consequences for the company.

Again, not a real controversial provision in my opinion; most severance agreements or separation agreements as they are sometimes called, are going to have mutual non-disparagement provisions, where it is agreed that the departing employee will not criticize or disparage the company and on the other hand the company agrees not to disparage the departing employee.  Nevertheless, EECO finds this provision to be problematic.

This has been filed as I said in a Federal District Court and I would be frankly surprised if this lawsuit goes anywhere.  I really believe the EEOC has lost its mind and if they were to prevail all the way up through a Federal Court of Appeal, essentially many of the separation agreements that you all commonly use with your employees would have to be drastically amended.  I do not see that happening. I will follow this case and let you know what is going on along the line. Certainly CVS is a big enough entity that it will not lay down in this case I am sure and will certainly litigate this to the nth degree.  So stay tuned on this.  I think it is lunacy but we will see what happens with the lawsuit. 4. EEOC Statistics for Fiscal Year 2013 Speaking of the EEOC, they put out their statistics for the fiscal year 2013.  It is a long report and I am going to mention only two things,  just to give you some idea of some relevant statistics. In fiscal year 2013, the EEOC reported that it filed 131 lawsuits.  This is not counting the lawsuits obviously that were filed by private Plaintiffs.  This is the number of lawsuits that were filed by the Equal Employment Opportunity Commission against various companies. The way those  131 lawsuits broke down was:

So, it is a significant case and I believe that the 4th Circuit’s opinion, again just promulgated and announced at the end of January, Will be followed by other courts of appeal in the federal circuit courts. Take Aways Therefore, from a practical standpoint, you (employers) need to evaluate your policies and need to evaluate on an individual basis when somebody is out on an ADA situation.  Essentially, you are going to have to say, “Ookay, it may be temporary but is it a serious temporary accident, illness or injury?”  If it is, then you are going to have to enter into an interactive dialogue with that particular person to see whether or not you can reasonably accommodate that disability. Closing Remarks Those are the developments for the day.  As always, I invite any questions or comments either in this  forum or if you have a private question and then you want to run it by me my private number is 410-209-6417 and my email address is hkurman@offitkurman.com. Next L & E Telebrief:  Wednesday, February 26, 2014 | 9 – 9:30 am ET To participate, just call: Toll free: 866-906-0040 Entry Code: 6857306 Your PIN: _ _ _ _ _ _ No pre-registration.  All you need is a Personal ID Number (PIN). To get your PIN, contact Jeanne Hyatt at jhyatt@offitkurman.com or 410.209.6487.