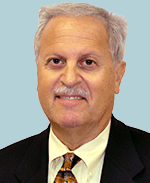 Executive Leaders Radio recently released an online edition of their radio show from October 2013. This installment of the show features an interview with Offit Kurman co-founder and estate planning attorney Maurice Offit. During the interview Mr. Offit shares past professional experiences and personal stories that have helped him establish a foundation for success. Through this broadcast listeners learn in great detail about the values of Offit Kurman as well as pointers for establishing a successful career. Check out the full broadcast here.