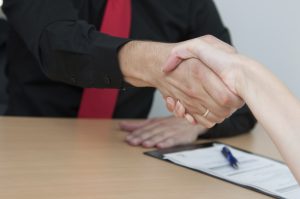 As a franchisee, no document is, perhaps, as critical to the success and longevity of your business as your Franchise Agreement. You may recall from one of our previous blogs, “Franchise Agreements, Protected Territories, and Franchise Law,” we mentioned how important it was for a prospective franchisee to obtain the assistance of an experienced franchise law attorney before signing any agreement. The same holds true for franchisors, as well.

Franchise agreements are complex, crammed with terms, conditions, obligations and dense legal jargon, and often span more than 50 pages. Even the tiniest oversight can  significantly change the relationship between a franchisor and franchisee.

The Aftermath of a Poorly Drafted Franchise Agreement

In the case of Hamden v. Total Car Franchising Corp. d/b/a Colors on Parade, a simple “choice of words” error prevented a franchisor from enforcing a covenant not-to-compete. When Devin Hamden’s franchise agreement expired, he decided not to continue with the franchise. Instead, Hamden decided to remain open and compete with the franchisor under a new name. Total Car Franchising Corp. filed suit to enforce a covenant not to compete contained in the franchise agreement. The covenant prohibited competition within two years following the termination of the agreement.

The court determined that because the franchise agreement expired, there was no “termination” to trigger the covenant not-to-compete.

“The Court found that the words ‘termination’ and ‘expiration’ had separate and distinct meanings when read together with the remainder of the franchise agreement,” explains Offit Kurman franchise law attorney Brian Loffredo.

While the Hamden case was fact-specific, it is an example of good lawyering, and highlights the importance of careful contract review and interpretation.  Franchise agreements are typically iron-clad documents in favor of franchisors, with minimal protections for franchisees. However, by hiring experienced, detail-oriented counsel, franchisees can sometimes use the franchise agreement to tip the scales in their favor in the event a dispute arises.

If you have questions regarding Franchise Law or your Franchise Agreement, please contact Offit Kurman attorney Brian Loffredo at 301.575.0345 or bloffredo@offitkurman.com. Mr. Loffredo is a commercial litigator with more than thirteen years of experience representing clients in the franchise industry.

Understanding franchise law can be a daunting task. At Offit Kurman, our Franchise Law attorneys are here to guide you in the right direction with the legal counsel you need, as well as provide you with the tools necessary to grow and protect your business. Our attorneys have experience resolving all sorts of franchise-related disputes, including those involving encroachment and impact studies, breach of contract and unfair termination claims and violations of state and federal franchise relationship laws and disclosure laws.