To listen to the Telebrief click on play arrow. 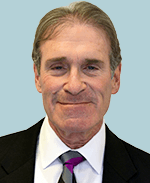 discussion “rules that would involve your employees even if they are non-union employees, go back and look at them. If you need some assistance on whether or not they would pass muster under the National Labor Relations Act, then certainly feel free to give me a call or send me an email.

So it involves two other things that we were talking about a few minutes ago.   Just because somebody is disabled does not mean that the job description that may have been created five or ten years ago is still in play. While you certainly can create essential functions for a job which would require specific lifting requirements or specific physical requirements, those things have to be accurately related to the actual job duties and responsibilities of the person.  You cannot just stick in something and say that historically this has been required of the job.    Secondly you need to make sure that in an accommodation issue that you actually discuss or have a dialogue with the employee having to do with whether or not the accommodation that is requested by the employee is reasonable or whether it places an undue burden on the employer with regard to whether or not the particular disability can be accommodated because all disabilities cannot be accommodated. Sometimes the accommodation that is requested by the employee is impractical in the extreme. It is costly or it may involve actually changing job duties or having someone else permanently help that employee which is not required under the ADA.   I bring this to your attention because these cases are coming with a lot more frequency today as are those in religious discrimination which in 2013 increased quite dramatically as well.  There you have issues of accommodating the religious beliefs or religious customs of an employee and you have the same analysis which is can you accommodate the religious customer habit or practice of the individual without creating an undue burden on the part of the employer.  So you are going to get increasing accommodation issues both with regard to ADA and religion issues in 2014.    Closing Remarks   So those were the developments of the day and, as always, I am happy to answer any questions anybody may have either in this forum or privately at my phone number 410-209-6417 or my email hkurman@offitkurman.com.   Jeanne Hyatt:   Thanks everyone. I wanted to mention to people that Howard addresses Workplace Bullying in a Baltimore Business Journal podcast. It is 10-minute in duration.  You can go to the BBJ website and access that podcast, which became available two days ago on Monday and there is additional information on this topic in an article Howard wrote, which is being published in the BBJ this week.   Q & A   Participant:                         The NLRB decision not to appeal – That is a really important decision that they have made.   Howard Kurman:              I am not sure that the NLRB did it really willingly. I think they did it because they realized that the Supreme Court may not have accepted their petition for service.   Secondly, even if they accepted it, I think they would have lost and the language that would have been probably in the Supreme Court’s decision may have been further damaging to them then simply this issue of the poster so I think they thought there was much to lose and probably not a high probability of success so this was their face-saving mechanism and that is why I said I think it was almost comical that they put this statement out. You can still download this if you want to read the report.   Participant:                         I think this broad expansion of what protected concerted activity means, you know they are being so activist in that arena.   Howard Kurman:              Well they have to be Ann because you know with 6% of the labor force unionized the amount of work traditionally that they would have to do in terms of petitions and unfair labor practices is diminished so they got to find some way to justify those hours that they spend on their budget.  I think it’s as simple as that frankly.   Participant:                          I agree.  Thank you, Howard. Always very informative.  I appreciate it.   NEXT TELEBRIEF:  Wednesday, January 22, 2014 at 9 am