On October 24, 2013, the newly established Offit Kurman Women’s Connect Group partnered with Dress for Success of Washington, DC to host a Suit Drive and networking event, collecting over 1,000 items of clothing. This was the kickoff event for The Women’s Connect Group, which will sponsor non-profit organizations in the DC Metropolitan area. Given the success of the Suit Drive, the Women’s Connect Group plans to adopt Dress for Success as one of its quarterly sponsorships. Dress for Success is a non-profit organization that aims to provide women with professional attire, a network of support, and the career development tools to help them thrive in both work and personal life. “The amount of support we received for this event was phenomenal,” said Offit Kurman business litigation attorne “It was a great demonstration of how professional women are committed to networking and fostering relationships with one another, as well as dedicating themselves to service activities that uplift those in need in the greater Washington DC metro community.”  Host Sara Donohue has worked as a family law attorney for over twenty-five years, practicing in the field of domestic law in both Maryland and the District of Columbia. 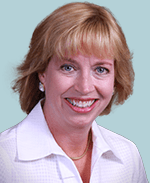 To learn more about Offit Kurman, one of the largest and fastest-growing full-service law firms in the Mid-Atlantic region, please fill out our contact form. With over 100 attorneys in seven offices serving Washington DC, Baltimore, Philadelphia, Wilmington and Northern Virginia, we are well positioned to meet the legal needs of dynamic businesses and the people who own and operate them. You can also connect with Offit Kurman via Facebook, Twitter, Google+, YouTube, and LinkedIn.