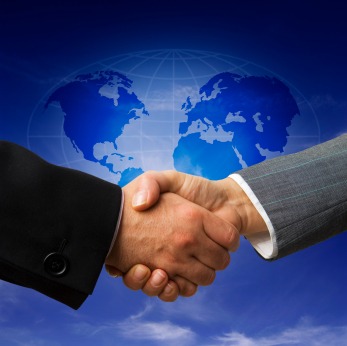 Given that the Federal Government is the largest consumer of goods and services in the world, spending approximately $500 million annually through contracts and grants, it is no wonder why many contractors look to break into the government market. However, many contractors do not have the resources to win these competitive contracts on their own. For these contractors, they must enter into agreements with a subcontractor to competitively bid these government contracts.

A Teaming Agreement is a commonly used tool whereby a prime contractor and subcontractor combine resources to bid on a major government contract. A good teaming agreement covers everything from the exclusivity of the subcontractor to the team and the subcontractor’s role in negotiations to compensation and so much more.

Any good teaming agreement should include the following:

When drafting a teaming agreement, it is advisable to consult an experienced government contracts law attorney. He/she will be able to walk you through the process and ensure your agreement covers exactly what it needs to.

At Offit Kurman Attorneys at Law, the lawyers in our Government Contracting Practice Group educate clients on steps to take and pitfalls to avoid when entering into, performing and/or closing out prime contracts and subcontracts in the government contracting environment.  Results-oriented and experienced, they offer counsel to help contractors thrive in this heavily regulated environment. The primary areas in which they assist clients are Bid Protests, Contract Claims, Compliance, Proposals and other business issues, Data Rights, Litigation and Arbitration and Construction Claims.

Offit Kurman is perfectly positioned both in geographical location – near Washington, DC – and experience to help government contractors succeed in the face of government-unique challenges, which are different in many ways from those facing other businesses.

To learn more about Offit Kurman’s Governmetn Contracting Practice Group, please fill out our contact form to access the sound legal guidance that our experienced business law team of attorneys has to offer. You can also connect with Offit Kurman via Facebook, Twitter, Google+, YouTube, and LinkedIn.