HBO has roughly 5.4 million subscribers. However, many more than 5.4 million people have seen last season’s Game of Thrones finale. How? Illegal Downloads. But this is nothing new for Game of Thrones, which hit 4.28 million downloads with one episode in 2012, topping all other pirated shows, according to TorrentFreak. This record has since been broken…by Game of Thrones. In fact, the Game of Thrones season three finale set the record for the most illegal downloads for a single episode. During the first 24 hours after the episode aired, more than 1 million people illegally downloaded the show on BitTorrent, shattering all previous records. 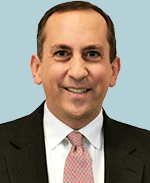 At Offit Kurman Attorneys at Law, the attorneys in our Intellectual Property Law Practice Group represent some of the most successful artists, athletes, producers, production companies, and distribution companies in the country. Our attorneys help you protect your patents, trademarks, copyrights, licenses, trade secrets, publicity, and privacy rights to the fullest extent allowed by intellectual property law.

If and when disputes arise, Offit Kurman’s team of experience IP attorneys is ready to step in to ensure that your intellectual property assets are enforced or protected. Our intellectual property litigators have had success in federal and state courts, before the United States Patent and Trademark Office (USPTO) and other tribunals.

To learn more about Offit Kurman’s Intellectual Property Law Practice Group, please fill out our contact form to access the sound legal guidance that our experienced attorneys has to offer. You can also connect with Offit Kurman via Facebook, Twitter, Google+, YouTube, and LinkedIn.