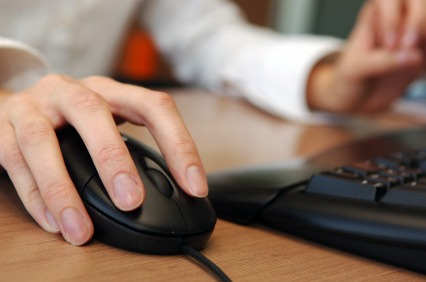 In July 2012, Netflix Inc. (NFLX) Chief Executive Officer Reed Hastings posted the company’s monthly viewership results on his Facebook page rather than as an approved Securities and Exchange Commission (SEC) filing or news release, prompting more than a few people to question the legality of such an action. Hastings wrote that the company’s video-streaming service had “exceeded 1 billion hours for the first time” the previous month. The SEC fair disclosure rule known as Regulation FD mandates that all publicly traded companies must disclose material information to all investors at the same time. It prohibits companies from disclosing material information to only select investors. Thus, any company communications made through social media could be seen as a violation if investors were not told in advance where to find the information. However, the SEC decided not to take action against the Netflix CEO because rules involving the use of social media for company disclosures had been unclear. And recently, the SEC issued guidance permitting companies to use social media, including Facebook, Twitter, Google+, and the like, to communicate company news to investors. There are, however, a few provisos: “Most social media are perfectly suitable methods for communicating with investors, but not if the access is restricted or if investors don’t know that’s where they need to turn to get the latest news,” said the acting director of the SEC’s enforcement division, George Canellos. While some, like Stephen Diamond, a securities law professor at Santa Clara University’s School of Law, believe social media “has tremendous potential to level the playing field for participants in the markets,” not everyone is onboard with the SEC’s decision. Former SEC chief accountant Lynn Turner called the Commission’s decision a “bad policy,” stating that it will disadvantage those investors not on social media. “Many investors, especially those over 50, who in the aggregate have the most invested, still do not use social media.” said Turner. “Telling someone who does not use Twitter to go to Twitter for significant investment information is one of the dumber ideas I have heard.” No matter where you stand on the topic, one thing is clear: investor relations has moved into the 21st century. Offit Kurman Attorneys at Law: Business Law Practice Group At Offit Kurman Attorneys At Law, the attorneys in our Business Law Practice Group are experienced and results-driven. We address the full range of legal issues that businesses face during their life cycle, including: organizational formation, commercial contract matters, finance and capital structure, mergers and acquisitions, executive compensation, and planning for transition of ownership and control. The attorneys at our business law firm also serve as outside general counsel to family-owned and closely-held businesses of all shapes and sizes, across a wide spectrum of industries. Offit Kurman is here for you. If you have any questions about our Business Law Practice Group, please fill out the contact form found on OffitKurman.com to access the knowledgeable legal guidance that our experienced business law team of attorneys has to offer. We are a dynamic legal services provider assisting clients throughout the mid-Atlantic region. Our firm is well positioned to meet the legal needs of dynamic businesses and the people who own and operate them. You can also connect with Offit Kurman via Facebook, Twitter, Google+, YouTube, and LinkedIn. Sources: SEC Approves Using Facebook, Twitter for Company Disclosures Bloomberg