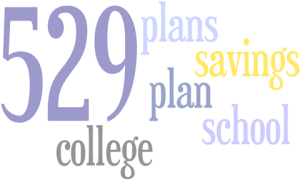 Question:  Are 529 plans protected from the claims of creditors who are seeking repayment for outstanding debts? Answer:  Protection of Section 529 plans from creditors is a state-specific issue, with slightly over half of states providing some type of protection. Under certain states laws, funds in a Section 529 account are granted protection from creditors of the account donor and the beneficiary, but not explicitly the account owner (New Jersey for example). Other states more explicitly provide protection from creditors of the account donor, beneficiary and owner (e.g., Pennsylvania and Florida). Nevada law, for example, makes accounts in Nevada 529 programs exempt from creditor claims. The law passed in 2003 places a $500,000 cap on the exemption, protects only those assets in the 529 prior to the claim, and only those assets eventually used for the beneficiary’s college expenses. In Maryland, like many states, creditor protection for 529 accounts is provided only for accounts established within the state. A few states such as Florida, Texas, and Tennessee have statutes which seem to offer protection to 529 plans established under the laws of any state. For example, a resident of Florida who holds an account in New Jersey would be offered protection by Florida law. Bankruptcy:  In the case of bankruptcy, creditor protection for 529 plans is provided by federal law under the 2005 Bankruptcy Act. This act excludes from property of the bankruptcy estate all contributions deposited towards a 529 savings account for a beneficiary who is a child, grandchild, stepchild or step-grandchild of the debtor as long as the deposits were made at least two years before bankruptcy was filed and they do not exceed the maximum amount permitted per beneficiary for the program. Comment:  In general, the amount of protection which can be provided to a resident of one state who holds a 529 plan in a different state is not clear. In certain states, a resident establishing a 529 account under a different state’s law will not receive protection in the home state. The problem is that these issues have not yet been tested in Court decisions and as a result, establishing Section 529 plans in the state in which the participants reside appears to be the safest and most conservative way to ensure a high level of protection. Steven E. Shane Principal Offit│Kurman Attorneys At Law 301.575.0313 Washington 443.738.1513 Baltimore 410.218.9339 Mobile 301.575.0335 Facsimile Please note the above material discussed is intended to provide only general information. Do not, under any circumstances, solely rely on this information as legal advice. Legal matters are often complicated. For assistance with your specific legal problem or inquiry please contact me directly.