Tai A. Lowry is a civil litigation attorney focusing primarily on the representation of landlords and property management companies of residential real estate across the state of Maryland. She is a seasoned trial lawyer, trying over 100 cases to verdict including first chair jury trials and countless bench trials. Prior to joining the firm, she practiced in the field of criminal prosecution across the state of Maryland in Baltimore City, Anne Arundel County, and Prince George's County.  As an Assistant State's Attorney in the District Court for Anne Arundel County, she handled approximately 150 cases per week on a variety of dockets including bail review hearings, felony preliminary hearings, criminal dockets, incarcerable traffic dockets, and violation of probation hearings. In Prince George's County, she fiercely represented the State in the prosecution of felony narcotic and gun cases.

She earned her Juris Doctor degree from Stetson University College of Law in 2015, where she took advantage of Stetson's nationally recognized number-one ranked trial advocacy program. During her first semester on the Mock Trial team, she earned a championship win at the Florida Justice Association's Mock Trial Competition. The following semester, she coached a team of first year law students in a Mock Trial competition to the quarter-finals. Aside from courtroom advocacy, Tai also took special interest in refining her negotiating skills. During her final year of law school, she successfully completed an East-West Negotiations skills class in Tokyo, Japan while studying abroad at Temple University Japan Campus. After years of using her training and interpersonal skills to fairly negotiate plea deals to ensure a just outcome for victims of crime, Tai is eager to transfer these skills in a client-focused role at Offit Kurman.

Outside of the courtroom, Tai is active in several bar associations to stay abreast of the latest developments in the law and enhancing her professional development. She was appointed to the Maryland State Bar Association’s 2019-2020 Leadership Academy class, along with 13 other hand-selected diverse attorneys across the state. She also commits herself to giving back to the community several times a year by volunteering at pro-bono clinics. 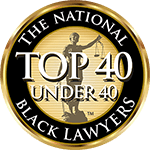