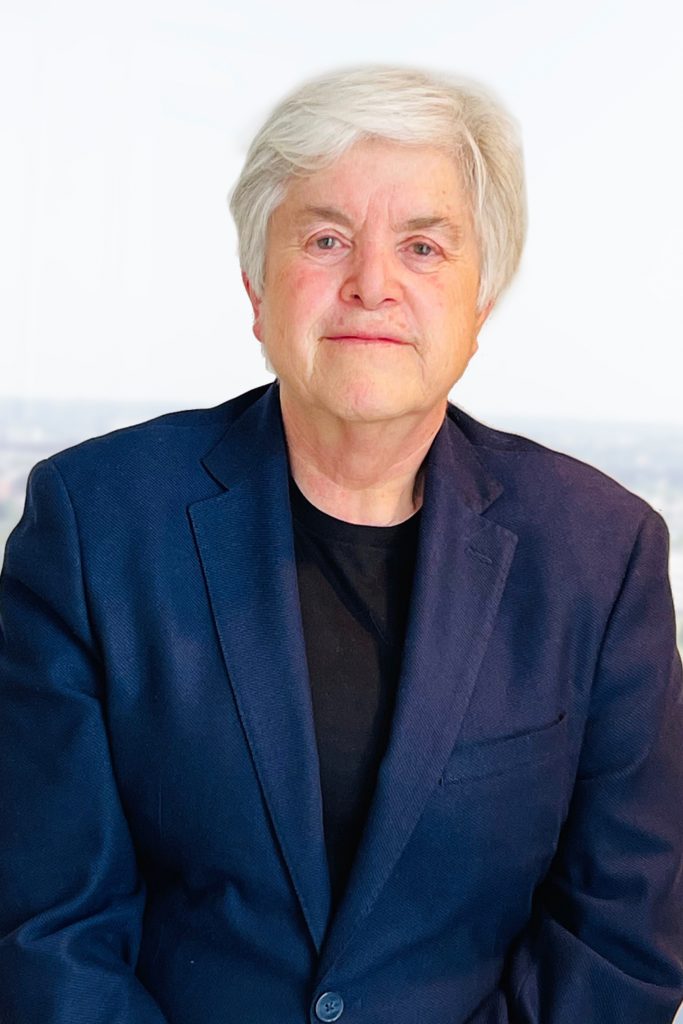 Michele Zavos has almost 40 years of experience as an attorney in the Washington, D.C. metropolitan area. She works very closely with her clients and is known for her creativity and passion when helping her clients solve problems. Clients have said she treats their cases as if they were her own, and many clients return to work with her over the entire course of their lives. She does not offer cookie-cutter solutions, but instead listens carefully to a client’s situation and works with them to create a solution tailored to them.

In her family law practice Ms. Zavos works primarily in the areas of:

Her practice is particularly focused on developing legal protections for families, including families headed by same-sex couples. She has gone through many of the same family law issues that her clients face and, therefore, relates to her clients on a personal level.

Ms. Zavos was counsel to Jessica Port in the landmark case, Port v. Cowan, which established that Maryland must recognize marriages between same-sex couples that were validly entered into in another jurisdiction. She was instrumental in changing the law in the District of Columbia so that adoptions can be granted solely based on the birth of a child in the District. She also helped amend the D.C. divorce law so that couples married in D.C. who were later unable to divorce in their home jurisdictions may return to D.C. to divorce. Clients have said that if Ms. Zavos cannot find a way to help a client within the current legal system, she will create it.

Ms. Zavos has successfully represented clients in close to 1,000 adoptions in Maryland and the District of Columbia. She has served on the Adoption Rules Committee for the Superior Court of the District of Columbia. Ms. Zavos was elected to the American Academy of Adoption Attorneys in the spring of 2005 and to the American Academy of Assisted Reproductive Technology Attorneys in 2010. She was named an “Angel in Adoption” by Congresswoman Eleanor Holmes Norton in 2009.

Ms. Zavos has represented LGBT clients for almost 40 years. She served on the first Board of Directors for the Mautner Project, The National Lesbian Health Organization, and the Board of Directors for the National Gay and Lesbian Task Force for three years. In 1982, she was one of the founders of the first “Maybe Baby” group for lesbians in the Washington, D.C. metropolitan area. She was one of the first co-chairs of the Gay and Lesbian Subcommittee of the D.C. Bar, the precursor to GAYLAW, and is a founder of the National LGBT Bar Association. Ms. Zavos also supervised and edited the work on “Marriage Inequality in Maryland” for Equality Maryland, which was on a review of the Maryland Constitution and Code for discrimination against same-sex couples. Ms. Zavos’ work on behalf of LGBT families in the Washington metropolitan area was recognized in 2005 when she received the District of Columbia Capitol Pride Director’s Award for Family. She was recently named a Community Pioneer by the Rainbow History Project and voted the Best Lawyer in the Washington Blade’s Best of Gay DC contest.

For many years, Ms. Zavos taught as an adjunct professor for the Women’s Studies Program at the George Washington University and the Washington College of Law at American University. The American University named her Outstanding Adjunct Professor in 1999. She is the author of many articles on AIDS and HIV and sexual orientation and the law. In 2012 and every year thereafter, Ms. Zavos has been recognized as a Super Lawyer. In 2013, she was named Family Lawyer of the Year by the Family Law Section of the Bar Association of Montgomery County, Maryland. She was appointed to the D.C. Taxicab Commission by Mayor Marion Barry in 1985 and the D.C. Commission on Child Support Guidelines by the D.C. City Council in the spring of 2010. She served on the District of Columbia Federal Judicial Nominating Commission for more than eight years by appointment of Congresswoman Eleanor Holmes Norton. She has won numerous awards for community service from LGBT organizations in the Washington area. Michele was awarded the William J. Brennan Jr. Award from the District of Columbia Bar 2019 for her work in Family Law as Civil Rights work.

Ms. Zavos lives in Washington, D.C. with her wife Ellen and her sixth collie, Charlie. Her father was in the Air Force, so she grew up all over the world, living in Germany, Japan, and Switzerland before she was 18. She spends as much time as she can in Montmartre, Paris, where her heart is. She reads extensively about the Holocaust and the Second World War in Europe and its aftermath. She is trying to improve her French. Her daughter is 36 and a professional cook who specializes in sweet and savory baked goods and caramels.